Was born on 28 December 1938 in Halle/Saale, the son of a Jewish mother and a non-Jewish father. Philipp’s brother was eight years older. Philip was 5 when his mother committed suicide. He still does not know the true circumstances but he knows that his mother suffered from the death threat to the Jews caused by the Nazi persecution of the Jews and the violence committed against them. Their mother hoped that her suicide would help the family to avoid deportation. 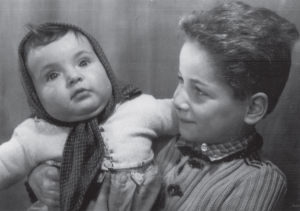 Soon after the death of his mother his father married again, a non-Jew. This marriage was a way of protecting the children. After moving to Munich, however, Philipp Sonntag and his brother had to endure unkindness, restriction and cruelty from their step-mother. The ensuing impressions and lack of orientation still affect him today.

School appeared to him to be the “the key to liberation”. Leaving school Philipp started to study physics and after 3 semesters also political science. He read and became passionately interested in politics. This passion was the reason for breaking up with his childhood sweetheart of seven years. He was convinced that he had to do something about violence and war, says Philipp Sonntag and: “I wanted to fight for peace like a soldier at war.” 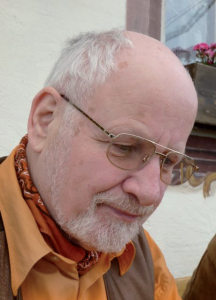 diploma at 24 and started to work in the computer section of a research project on the atomic war, “Consequences of war, prevention of war”, headed by Carl Friedrich von Weizsäcker. Sonntag earned his doctorate and started teaching at the Free University in Berlin. In the 1990s Philipp Sonntag conducted studies in industry for the EU committee and was engaged in supporting innovative enterprises. Philipp Sonntag’s main commitment now is as chair of the Child Survivors in Germany. He found his childhood sweetheart again; he is also author of many publications.